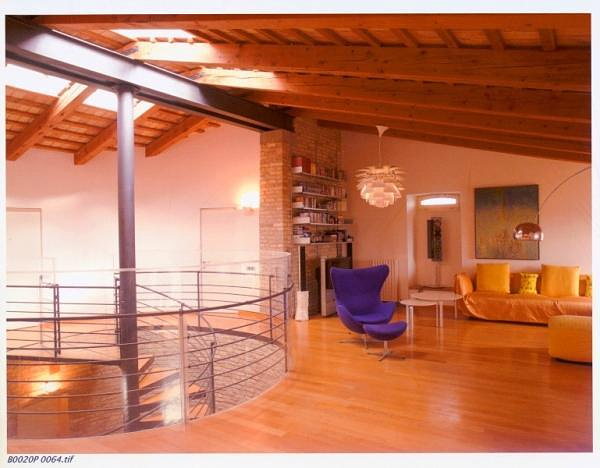 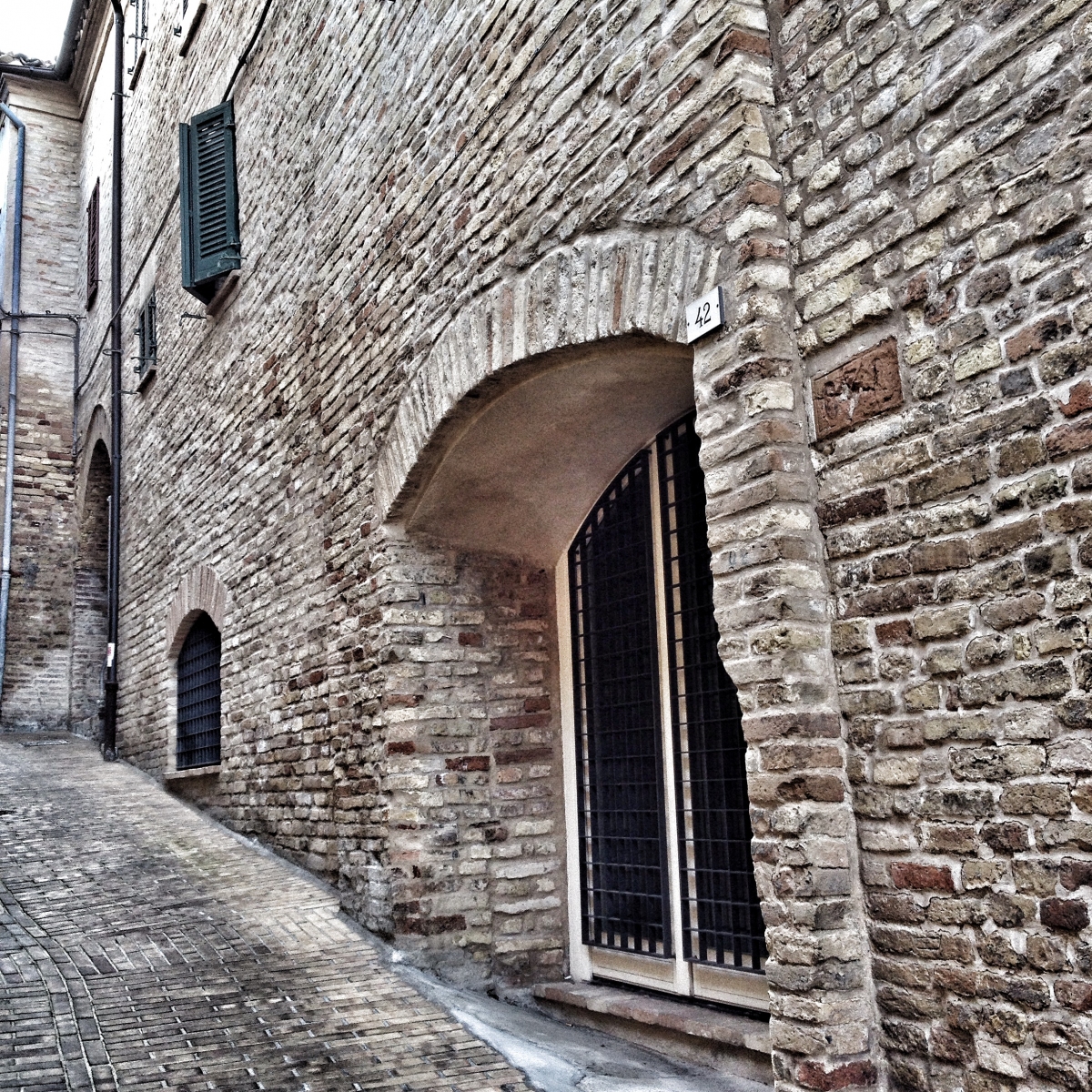 The property is located in a small medieval borough called Civitanova Alta, the first hill settlement of modern-day Civitanova Marche, whose foundation dates back to a later stage by the shores of the Adriatic Sea.
The ancient borough, which corresponds to the city centre, rests on the ridge of a hill, similarly to many other medieval settlements, including nearby Recanati and Potenza Picena. At the top of the hills one may see the old gates and the bell towers; the Adriatic Sea stretches eastwards in the near distance.
Alleyways and steps intersect through ancient clay brickwork houses all the way to the main square, housing the main church and the ducal palace. The square is still the centre and the main gathering place for the town’s inhabitants.
Time seems to have gone still, making room to such silence and quiet that Giacomo Leopardi masterfully described in his poems; still, everything springs back to bustling life when a cultural event, such as Popsophia, fills the alleys and squares with world-class authorities, and for a few hours the small borough turns into the pantheon of culture and art.
It is right by one of these alleys, Vicolo Aurora, that the building I would like to write about is located.
The three-storey building features a basement that may be accessed directly from Vicolo Aurora by an internal brickwork staircase from the ground floor, which is accessed with a few steps under an arch and through a small yard paved with clay bricks; in the same yard there is another brickwork staircase leading to the first floor.
The basement is the part of the building that most preserved the original structure, four superbly restored rooms with spectacular untreated brickwork cross vault and a brickwork wellhead; the floor was refurbished using old bricks. Two small rooms open to the north, while the eastern block, in full harmony with the architecture, houses a very particular bathroom made with sophisticated material. The lighting system, as well as the rest of the power system, was designed in such a way as to preserve the original structure.
A staircase situated in the northwest corner leads to the ground floor. The floor is the sleeping area, since it has less light that the first floor. In this storey there also is a hallway leading to two rooms, a bathroom and a circular access room.
The two spacey rooms are naturally lit and ventilated; they feature a triangular bathroom, completely clad in glass mosaic.
In the circular access room, whose natural brickwork walls match well with the beech plank floor, as in the rest of the building, there is a very modern iron staircase that winds up in a spiral and crosses the two-storey building for all its height, leading to the roof through an imaginary cylinder visible also from the first floor. For structural and conceptual reasons, the staircase is suspended on an iron girder that supports the primary beam network of the roof. All floors, as well as the roof, were fashioned in the traditional way, that is, with earthenware primary, secondary beams and tile work.
From the circular access room one can access the master bedroom, including a bathroom, a personal wardrobe and a studio giving onto the inner court. The master bathroom features a large whirlpool bathtub and is finished with sophisticated material and functional furnishing.
The spiral staircase leads to the open space living room, taking approximately half of the floor and including a conversation area, a fireplace area and a dining area. The exposed ceiling makes this room particularly large and suggestive. A circular corridor starts from the living room and follows the shape of the staircase well. Three doors open on its curved wall: one is the kitchen, one on a bathroom, laundry and storage room vestibule and the last one on the first floor access, connected directly to the court by the external staircase.
The kitchen is completely custom made: it is made of white laminated wood, cherry and steel; if already features concealed appliances, a convenient countertop and a six-seat dinner table. It is connected to the bathroom vestibule, hence with the laundry and the storage room.
The bathroom, featuring a basin, a seat and a bidet, is clad in slate and includes a very particular sink. The air and the light come from a window in the ceiling with a nice view on the sky.
The whole building is finished with superior quality elements manufactured by well know companies; the pieces of furniture were selected among the most prominent and known national and international brands, as it is easy to understand from the enclosed pictures.